A dream is the fulfillment of a wish 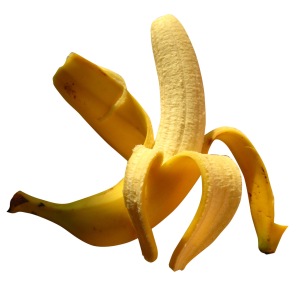 LISTENING FOR THE UNCONSCIOUS
August 2013

Carolyn has written me again, to my great pleasure, and I do not think she needs further introduction to Montaigbakhtinian readers. Let me just copy her words as if this were her blog rather than mine. (Perhaps this is where we’re headed.)

Do you ever wonder what your life would be like if you didn’t dream? (At night, I mean.) Sometimes it seems a little unfair to me. In bed, lights out, clothes off (nightgown on)—I’m defenseless. Where is the Department of Homeland Security when I really need them! I feel reasonably safe from wolves, thunderstorms, illegal immigrants, Martians or foreign invaders just waiting to sneak in through my cable box or land in a nearby cornfield or distribution-center parking lot and make their way to my house to begin their takeover of Ohio. But—as usual Shakespeare said it best—“I could be bounded in a nutshell, and count myself a king of infinite space, were it not that I have bad dreams.” I need my eight hours. All I ask is to be able to be a blank slate on a blank mattress for a certain space of time. But no, it seems that this, too, is not possible.

But then I wonder if the sense I have these days of being besieged by dreams— They don’t mean to be a nuisance, they’re just trying to keep me company. When Jerry was alive the “problem,” which even at the time did not seem like that much of a problem, was that he snored. Solitude, we might say, has never been a feature of my nights, and back then I often slept as badly as I do now. But I did not have (or was not disturbed by, did not remember) all the dreams I have now.

One of the comedians my daughter likes has a line about how, if you live long enough, you learn that living and dreaming are the same thing. Excuse the brutality of this—and in an unsolicited e-mail—but I wonder if the essential difference isn’t between waking up and dying, plus the lengths. What I mean is that, on the one hand, when you wake up you may quickly come to the realization that everything that seems to have happened to you was “just” a dream. (And I think it’s curious how it does indeed seem like it was everything. While you are in the dream, it seems to be your whole life, there is no previous you and no potentially future or other you.) On the other hand, at least some people might have moments on their death beds when it seems like all the lengthy pinballing of earlier events was as ephemeral and had all the logic or illogic of a night’s dream. And could someone say then, “Now I realize that it’s all just been a dream.” (And how wrong were how many philosophers to get all worked up about whether or how we can tell that we’re sleeping or dreaming?)

Will you still write to me (and at least pretend to read my e-mails and to publish some of them on your blog) if I tell you one of my dreams? I am wondering, too, why I have chosen this one? Just because it seems reasonably complete, compact, well-organized? Perhaps our truest, most lifelike dreams are the ones that are, or seem to be, only fragments, shards.

I am in no sense a runner—I never run. (Just today I saw a teenage girl wearing a T-shirt that said, “If you see me running it means that zombies are after me.”) But in this dream I found myself running in a sort of cross-country marathon. I was running up a dirt hill in hot sun. I have never been to Greece, but some idea of the scenery and dry heat comes to mind. Now that I think of it, this was the dream—a series of realizations that I was out of place, ill-prepared, ill-equipped. The marathon is life, we can say.

But I was in the lead (!) and with a woman named Angela, a woman I know in “real life,” running beside me. She wasn’t competing with me. She wasn’t one of the racers. She was there to help me, to give me “moral support,” as we say. Back over my shoulder I noticed, too, my history of the idea of women professor. I doubt that outside of this dream she has ever done much running either (in her turtleneck and cardigan), but this night or early morning she was prancing along, wearing some kind of a push-up bra and extra springy running shoes, perhaps like those “shape up” shoes you see some people wearing now. Apparently she had won the race the previous year and could have won again without much effort, but instead she was enjoying herself, laughing at the propositions of athletic young men pressing around her, laughingly refusing a banana.

It must have been this scene that made me realize I had set out without either a banana or water and after having my usual, quite minimal (snatched “on the run”) breakfast. On this I was going to run 26 miles? And then I realized I was running in my new pair of flats, $99.99 on sale at Nordstrom’s, but quite elegant, I think. And in the dream I realized that not only was it unlikely I was going to win the race running in flats, and not only were my feet going to be a mess at the end—I was going to ruin the shoes. (I feel like some quip is needed here, like, “Not only is life a marathon but you ruin your shoes.”)

When Angela and I reached the top of the hill there were the remains of a stone cabin, roofless. And now, months later I also recall—without being at all sure that this was part of the dream—on the top of the hill a set of columns, as in a Greek ruin, and a sense that in being the first to arrive at and pass under those columns, I had won, in an empty sort of way. (An emptiness that might always go along with coming in first, ahead of everyone else?)

I can see Angela and me looking around and seeing nothing, nobody, certainly none of the paraphernalia you see at the end of marathons these days—banners, officials, digital clocks and water tables, porta-potties. We decided to go home, but now the problem was that we had no cash, no credit cards, no bus passes. At this I woke up, dream over.

For some reason I now have in my house three copies of Freud’s Interpretation of Dreams, and I have, let’s say, been picking at the text for many years. I have certainly gotten the point, Freud’s point, that a dream is the fulfillment of a wish, but it has not struck me that this is an apt summary of my own dreams (to say nothing of the nightmares). In the case in question, what would be the fulfilled wish—coming in first? not having to go back home? finding a contractor who (a) actually has some roofing skill and (b) won’t charge an arm and leg to work on my house? (Hence the dream’s expensive shoes?)

Or well, here we go, Dr. Freud. As usual I start out trying to be independent minded, running my own little race all by my lonesome, and then I end up joining the herd. The fulfilled wish could well be having someone to run with, finding someone who is running alongside me. What is that poem that more religious people than me are always quoting—“Footprints in the Sand.” I Googled, found this:

“You promised me, Lord, that if I followed you, you would walk with me always. But I have noticed that during the most trying periods of my life there has only been one set of footprints in the sand. Why, when I needed you most, have you not been there for me?”

The Lord replied, “The times when you have seen only one set of footprints in the sand is when I carried you.”

It’s a tearjerker, we can say that at least. And perhaps more tearjerker than poem. But it seems to me that it also, in the present context, brings to the fore the sunny sociability, let’s call it, of my marathon dream. Can we say that, waking up, I realized that—nice shoes and soon to be roofless house be damned—I am indeed not running alone. There’s Angela (and some other friends), my daughter, my former professor and . . . Any number of prancing young men offering me their bananas, can’t forget about them.

Freud’s conclusion regarding dreams—”a dream is the fulfillment of a wish”—appears as a chapter title and elsewhere in the standard translations (by A.A. Brill and James Strachey) of the Freud text that goes by the English title The Interpretation of Dreams

You might say that the last time Carolyn found herself in bed the result was My Best Friend.