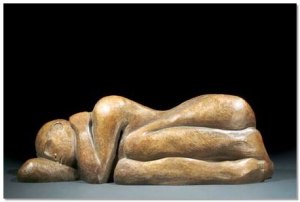 At times when driving, I have not only felt sleepy but have felt, as the saying goes, “lulled to sleep.” In these moments I have not pictured some horrible car crash that might result, nor the deaths or maiming of the other passengers in my car. It has been a sweet, gentle, peaceful feeling, and at least some of this has come from a sense of finality. This is not a nap I am being lulled to take, but the final sleep. (Reports of some people who have almost frozen to death suggest that when the body shuts down, there is a sensation of warmth.)

I have never gotten in an accident, and in fact it has been some years since I have done much driving, but now, approaching 60, I find myself taking a lot of short naps, sometimes twice a day. I nap after working out at the Y, and at home on the couch weekend afternoons, and weekdays at my office, too. I have a colleague from the Middle East who has an interior, windowless office which is decorated with pictures of her three daughters (like my three sisters?) and which is scented with a light, floral scent, as if by smokeless incense or an open vial of oil. She goes home early and has kindly allowed me to come in her office after she leaves. I lie down on her carpet in the dark, with the scent and sense of her female, motherly presence surrounding me, or standing wool-skirted—too far to touch, unable to be seen—legs parted above me. In a series of stages, as if slipping from ledges, shifting from consciousness of this woman, women, office work, any number of other people and details, a way is made to dreams and to vacant time, absent from my self and from memory.

Playing card games with my son during the Christmas holidays, I am struck—overwhelmed, cornered you might say—by his aggressiveness, his relentless commitment to coming out on top, beating not only his aging Papa, but his mother and grandmother as well. I do my best to give him some competition, and for some reason at the card game “spit”—which would seem a young person’s game, demanding quick reflexes and visual acuity—I am still able to more than hold my own. But in a larger sense I am beaten. I don’t know that I ever had the level of testosterone that Jonah, 12 years old, now seems to have, and if I did, . . . Now I am more drawn to naps. I have always liked napping, but now it is a need, an increasingly “important” part of my life.

Life is a struggle, and we are programed by our hormones and presumably by other aspects of the machinery to struggle, to try to stay warm and well fed and to keep ourselves safe from harm. We struggle too—does this come from sexual difference and reproduction, our desire to distinguish ourselves, to be desirable to others? We struggle for distinction, to be a person who wins at games or writes interesting essays or has a particularly appealing smell. We are, let’s say, deathly afraid of weakness and failure.

But, it seems to me as I take and enjoy my little naps, that along with this fear there also comes a desire to give up, to stop struggling; the desire to rejoin the warmer darkness.

Image is of a bronze, “Winter Sleep,” by the sculptor Aiko Morioka of Marin County, California.