As far as I can tell, the latest sexual-harassment guidelines do not outlaw poetry 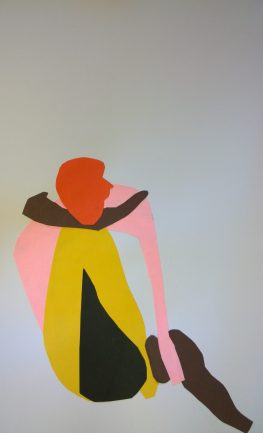 We began to criminalize suggestive or insulting sounds, or sexual innuen-

Does, and sexual activities including kissing! and remarks about people’s clothing

For sex; and physical contact not limited to pinching and grabbing; or gestures

Which might be construed as obscene; sexual propositions and also unsought

Sexual desire was something human societies could not long suppress –

Volcanic, it must in strange ways explode, ever desperate, ever obsessed.

Some thought of the nineteenth century – of women’s hysteria (so-called!) –

But no. The future embraces the most propitious quagmires,

And I’m thinking we may have been wrong about sexual desire. 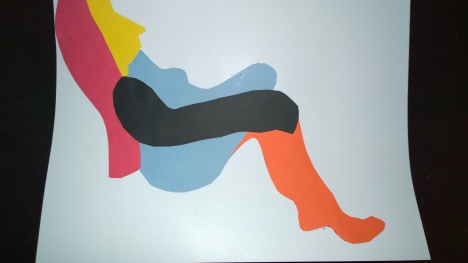 ∩ This poem was inspired by two things: a set of sexual-harassment guidelines which an artists’ colony e-mailed me and the technical challenge of trying to turn that text into poetry, or at least getting it to rhyme. After the poem was written, however, a friend sent me links to a series of articles about how young Americans were having less and less sex. This news suggested that the guidelines were less an attempt to change behaviors than to recognize that behaviors had changed. Various sex-linked behaviors were not being banned from the workplace so much as the workplace was recognizing the extent to which work and careers had become a much greater priority than sex or mating.

I keep finding myself driven back to Freud’s observation, in Die Traumdeutung (The Interpretation of Dreams) that civilization involves—or simply is—the agelong progress of repression of we human beings’ emotional lives. Or we could say that the power of capital is now such that it can get the vast majority of workers—entrepreneurs and investment bankers included—to feel that they would rather work and try to advance in their careers than to have much of an emotional life at all. And in addition to our instincts (e.g. our sex drives or our anger) being suppressed and sublimated, they are demonized. We are close to saying that what differentiates us from real animals is that not that we do a lot of thinking or walk erect on two legs or are now capable of wiping out life on Earth, but that the animals have sex and want to and can’t resist their hormones, etc., whereas WE can be celibate!

The articles were: ‘There isn’t really anything magical about it’: Why more millennials are avoiding sex by Tara Bahrampour, Washington Post, August 2, 2016; Millennials are having less sex than any generation in 60 years; Here’s why it matters, by Melissa Batchelor Warnke, Los Angeles Times, August 3, 2016; and Too Much Netflix, Not Enough Chill: Why Young Americans Are Having Less Sex, by W. Bradford Wilcox and Samuel Sturgeon, POLITICO Magazine, February 8, 2018. A quote from Warnke’s article:

The proffered reasons for millennial abstinence? A culture of overwork and an obsession with career status, a fear of becoming emotionally involved and losing control, an online-dating milieu that privileges physical appearance above all, anxieties surrounding consent, and an uptick in the use of libido-busting antidepressants.

These articles have now been supplemented by a 13,000-word Atlantic cover story, Kate Julian’s Why Are Young People Having So Little Sex? Among the many striking statistics and suggestions in the piece, readers may find confirmed the idea that flirting in public, instead of using a dating app, has now become “borderline creepy” and is in fact considered sexual harassment by a growing number of young people. As ever with capitalism, once some basic activity—e.g. drinking water, or flirting or dating—has been monetized, consumers are made to feel there is something bad about engaging in the activity without paying extra for it. Drinking bottled water must be healthier or a sign of greater social status than just drinking the good water that, for most Americans at least, comes for free out of our taps.

And note that using a dating app means, above all, using a dating app, and not going on dates or having sex. Julian reports that the average Tinder user spends an hour and a half a day on the site. “Yet they didn’t get much in return. Today, the company says it logs 1.6 billion swipes a day, and just 26 million matches.”

Echoing the above poem’s conclusion, Julian writes: “Maybe the human sex drive is more fragile than we thought, and more easily stalled.”