The Beauty of the System 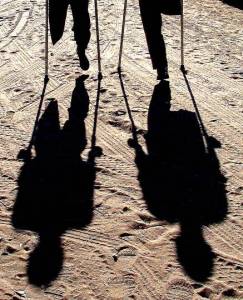 A good deal has been written about tobacco, drug, oil and other companies—companies that have worked to deny or raise doubts about scientific information suggesting that their products were lethal or had profound environmental consequences. What I am waiting to see is writing about (and by) the people who work in these companies or for the companies contracted to provide advertising and public relations, or expert analysis. I would like to see an article by one of the historians at Yale, Oxford and Ohio State who apparently took hundreds of thousands of dollars from the tobacco industry to promote “moderate view[s] of substance use,” as one phrase has it.

How does it feel to do this work? that is my question. How does it feel in the first phase when you have seen data suggesting that the product you are putting on the market—Vioxx, for example—increases the risk of heart attack by 400 percent as compared to a competing pain reliever? And how does it feel in a second phase when it becomes publicly known that your company hid or ignored such evidence? (In Vioxx’s case, it is estimated that in five years the product caused 100,000 heart attacks, of which 30 to 40 percent were fatal.) We are talking here about thousands, likely hundreds of thousands, of workers, not only in the tobacco, drug, and oil industries, but lots of others of us. (There are those, for example, who in providing one or another form of technical support to one or another neo-colonial international organization, play their miniscule role in driving subsistence farmers off their land and onto the fringes of megalopolises where there may be only garbage to eat and polluted water to drink.)

In an article on “Manifested Uncertainty: Contested Science and the Protection of the Public’s Health and Environment,” David Michaels, a former US Assistant Secretary for Environment, Safety and Health, in addition to providing the statistics on Vioxx given above, quotes from the website of a public relations company—a sentence in which the company boasts about how it was able to undermine and counteract the scientific evidence indicating that phenylpropanolamine (PPA), once widely used as a decongestant and appetite suppressant, caused strokes. But again, Michaels is writing about deceptive research and public relations, and about deaths, but not about this matter of the feelings—the feelings of the people involved in turning other people into victims. That one was, that we are, paid to do such work may be the best excuse. We did it for money, more than one bank robber has proposed. Harder to excuse is the consequence, the 100,000 heart attacks, or the 200 to 500 strokes a year (among 18 to 49 year olds) that were caused by PPA.

The text that follows does not take on the subject as it is described above, but a yet larger one.

Worried that you might have cancer, twins, a herniated disk, you go for a high-tech medical test and afterward ask the technician what the test has revealed. The technician says she cannot say; the testing facility’s doctor will need to look at the results. In a few days this doctor will send your doctor a report.

Annoyed, if not enraged, you curse the American medical system. Just so doctors can get rich and enjoy a feeling of superiority they don’t deserve, or just because there’s a whole ’nother batch of cannibals getting rich off malpractice lawsuits, you—the one who is paying and worrying—have to wait. And, from what you’ve seen of the images and numerical printouts, the test doesn’t seem all that difficult to interpret, and this technician has a great deal of experience. You can see in her face that she already knows—you do have cancer, or twins.

In your anger and anxiety you are ignoring the beauty of the system. This technician—for all she can indeed see exactly what you have and don’t have—does not trust her judgment. She could misinterpret the test, she thinks—not that she can recall ever having done so. She could be missing something. She is certain the doctor knows more and is smarter than she is. She had not needed her teachers to remind her; she had learned this lesson before starting school.

Two neighboring countries have been fighting for years over an infertile spit of land that lies along their border. Resources desperately needed for teachers, schools, vaccines, antibiotics, food and water are being spent on fighter jets and anti-aircraft missiles. Hundreds of soldiers and civilians are being killed every year or maimed by landmines; crops are being destroyed; women and children are being raped and enslaved by marauding troops—with no end in sight.

Frustrated, if not enraged, you denounce the cynicism and heartlessness of politics. The leaders of the two countries are perpetuating this war, and fanning the flames of chauvinism, demonizing the enemy, imprisoning critics as traitors—and they are doing this to keep their long-suffering people from turning against them, to divert attention from how they and their friends are looting and mismanaging the country’s resources. And meanwhile the leaders and diplomats of major world powers continue to publicly condemn the senselessness and brutality of the war, and also continue to do whatever they can to help businesses in their countries make money manufacturing and selling jets, missiles and landmines to both sides.

In your anger and idealism you are ignoring the beauty of the system. Among the many soldiers who are dying in this gruesome charade of a war, there are those—perhaps even the majority—who believe that they are dying for a great cause. Grieving mothers, while wishing that somehow the bullets might have found them instead, find comfort in the thought that their sons did not die in vain.

What with all the media tells us about concentration camps, sweatshops and migrant workers, corporations knowingly exposing their employees to toxic products or fouling rivers and communities with them, it is easy enough to wonder: What sort of human beings could choose, or even accept, to make a living abusing and killing other people in such a way? How can people be so cruel? How can such people live with themselves?

And we hardly need the news and history books to set us to wondering. The other day I met a real-estate agent who had talked an old, single woman into selling her desirable house and property and buying a smaller place in a barren part of the county where no one was eager to live. His reward: commissions on both the sale and purchase. One of the most pernicious pollutants is the used motor oil that millions of ordinary individuals pour or allow to leach into the ground. I remember a colleague who, jealous of a writer working in our office, began telling the boss that in between tasks this writer was sneaking off to work on his essays. How many big and little stories we all could tell. And in moments of honesty each of us can certainly also recall when we have been the exploiting, polluting or backstabbing one.

But in the midst of such thoughts let us not forget the beauty of the system, which is that the office rat does not think she is a good person, she knows she is one, and she would be glad to tell us why. She is not depriving a writer of a means of earning a living, but helping an important organization, helping a good boss, helping her other colleagues who, unlike the writer, are fully committed to their jobs.

The slum landlord is proud that he is one of the few people willing to provide housing to the poor. Many who kill animals for sport and sport alone believe they are providing a valuable service, thinning animal populations, protecting farms, gardens and drivers on the highways, saving later animals from starvation. And like most people—like cigarette-company executives who support the arts, or the artist whose art work offends the residents of the city where it is displayed—the hunter doesn’t simply think he is providing a service, he wants to be thanked.

Includes a revised version of this essay on the beauty of the system.

Kind words about Surviving: “Entertaining, yet packs a quiet intellectual wallop. . . . so thought-provoking and poetic I didn’t want it to end . . . beautiful and wise and moving . . . engaged, non-doctrinaire, well-read, independent-minded. . . . William Eaton finds arresting themes in unusual places. . . . The writing is masterful and wonderfully absorbing.”

The Beauty of the System