With this perspective, it is impossible to be pessimistic 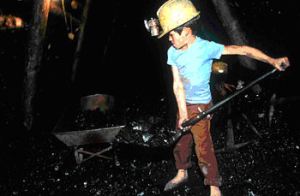 TRANSLATION FROM DE MAUPASSANT
(with commentary)
May 2013

“The basis of optimism is sheer terror,” Oscar Wilde once observed. But he was, . . . well, Wilde, and not American. And it can hardly be terror—at being found to be less than completely, constantly optimistic?—that makes all our American glasses either half or completely full (if not overflowing!). Others—the French, for example—may find our faith in positive thinking curious or even laughable (if not stupid or disingenuous). But in this, as in so much else, we Americans know better.

It is thanks in large part to our positive thinking that we have become such a great country. And this notwithstanding Native Americans’ vulnerability to small pox and their interest in living on reservations in the least fertile or otherwise unpromising parts of the country, and notwithstanding Mexicans’ willingness to cede California and the Southwest to us and to work for ridiculously low wages, and . . .

And if all of history’s other great empires have declined and fallen, and if ours might seem threatened by the pace at which we are consuming our natural resources; by changes we are wreaking on the environment and climate; by our addiction to consumerism; by the high costs and shortcomings of our education and health-care systems; by the growing disparities between our very rich and the rest of us not-so-rich; by the corruption of our governments or the extent to which they are devoted to serving particular interests, most of them commercial; or by our self-satisfaction, . . .

Well, this is negative, pessimistic thinking, and hardly our point of view. (Did I mention that all we Americans’ glasses are always somewhere between half and completely full, if not overflowing, and that it has been thanks in large part to our positive thinking that . . . ?)

Given all this, you can imagine my surprise, and pleasure, in coming across, during un séjour en France, the following draft law from the pen of the nineteenth-century French writer Guy de Maupassant. As shall be seen, the text offers valuable suggestions for how we might eliminate any shadows of pessimism as might still remain to darken the glorious summer of our present, past and future.

Art. 2 — It is strictly forbidden: to be or appear unhappy, sick, deformed, scrofulous, etc.; to lose a limb in a carriage, train or other accident—that is, unless the victim announces immediately afterward that the accident was for the best. Violators of this law may be sentenced to between two and twenty years of hard labor.

Art. 3 — All French people, adults and children, are forbidden to starve to death.

Art. 4 — Those who do not have homes and who are forced to spend their winter nights on benches and under bridges must sing earnest, happy songs from 6 o’clock at night until 6 in the morning in order to show the others, on their way home, that they, the homeless, are content.

Art. 5 — Every rich person who might call himself a pessimist will be immediately put to death.

Art. 6 — An exception will be made for those who, though not particularly rich, have more than ten children.

Art. 7 — Another exception will be made for those who suffer from rare and incurable heart, stomach, liver or brain diseases—conditions that can deform a person’s outlook.

Art. 8 — All French people who are rich and in good health are forbidden to feel bad about the fate of the destitute, homeless and sick; and of old people who have no money, children who have been abandoned, miners and the unemployed; and, more generally, of any of the suffering people who make up roughly two-thirds of the population.

Art. 9 — Anyone who talks about Decazeville or Germinal will be sentenced to death.[2]

Art. 10 — Anyone who is convicted of having bought Germinal or of having a copy in his possession must pay a fine. In this regard, the police may inspect citizens’ homes, and the citizens are forbidden to shoot at the officers.

Art. 11 — The current pessimist tendencies stem from defective thinking on the part of the current generation. With the invaluable assistance of the thirty-six not yet dead members of l’Académie française who met under the chairmanship of M. Ludovic Halévy, the government believes that some of the defective and dangerous ideas now abounding can be corrected. . . . [3] Since the problem stems from a simple lack of appreciation, people can be forever and constantly happy if only they convince themselves:

(i)     That perfection reigns—including in the manners of our taxi drivers and the intelligence of our elected representatives.

(ii)   That inherited wealth is more a disaster than a joy, and extreme poverty more a joy than a disaster.

(iii) That hunger provides an excellent means for appreciating the delicious taste of day-old bread, when a passer-by gives you 5 cents so you can buy some; thirst is an excellent cure for drunkenness; physical handicaps help build character; epidemics are ideally suited to helping the survivors get ahead; war’s bloodletting is healthy; and . . .

(iv)  All regrettable states of affairs should be regarded as temporary.

With this perspective, it is impossible to be pessimistic.

Complete text of Guy de Maupassant’s article may be found, I believe, in Chroniques 1876-1891. A selection of these pieces was published in 2013, in French, by Editions le Mono.

Lines from Victor Hugo’s poem “Ode à la misère” (Ode to destitution, a.k.a. “Aubin”) may be found online, and certainly in French anthologies. I have been intrigued by this book, Victor Hugo on Things That Matter: A Reader (English and French Edition)

, edited by Marva A. Barnett (Yale University Press, 2010), though I have my doubts that this anthology includes “Ode à la misère.”

, as translated into English by Peter Collier (Oxford University Press, 2008).

[1] An extract of the French text was first found in Le Bonheur: Petite anthologie littéraire et philosophique (Editions Garnier, 2013). A lengthier extract was then found on a French blog, and this latter extract gave the impression that the original article, “Le Pessimisme,” continued on after the presentation of the draft law. For the most part I have stuck to the text first found in Le Bonheur, and in translating this text I have made a few adjustments and eliminated a phrase or two that might confuse modern readers. E.g., there was a phrase about the annual incomes of reasonably well-to-do French people. It gave a figure, a quantity of francs, that could seem, to modern readers, extremely low.

[2] Decazeville is (or was) a coal mining and iron and steel milling town in southwestern France (about 100 miles north of Toulouse). In the second half of the nineteenth century it was the scene of several labor actions which turned violent and ended up calling attention to the plight of the miners, some number of them children. In 1869, the army fired on the strikers, killing 17 people, and in 1886 there was a long strike at one point during which the director of the mines was killed. Emile Zola’s novel Germinal was inspired by and dramatizes these circumstances. Before Zola, Victor Hugo wrote a poem, “Ode à la misère” (or “Aubin,” Aubin being the name of the state-owned company against which the miners struck). The poem takes the form of a 16-year-old female miner responding with childlike directness and simplicity to an interviewer’s gentle questions. A few lines:

A brief résumé: The work is hard, the girl says; we sweat, freeze and get sick. “Why do you not also complain?” the interviewer asks. We did ask, she says. We asked for a little less work and a little more salary. “And what did you get in return?” Gun shots.

[3] In this paragraph and elsewhere the ellipses in the de Maupassant text were also in the original that I have translated, this original being itself an extract. M. Ludovic Halévy was a French writer, the author of Monsieur et Madame Cardinal (1873) and L’Abbé Constantin (1882), among many other works. According to Wikipedia, “Émile Zola had presented to the public an almost exclusive combination of bad men and women; in L’Abbé Constantin all are kind and good, and the change was eagerly welcomed by the [French] public.” L’Académie française is made up of forty writers who, though living, are known as les immortels, and the French use the number thirty-six to refer to an indeterminate number of things. « Il n’y a pas trente-six solutions ! » The options are limited. Hence de Maupassant’s quip about there being only 36 académiciens left, and those perhaps more dead than alive.