There is No Solution 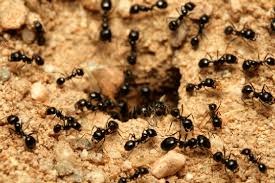 If we imagine human beings as we do ants, if we imagine that it is the strength of the community that matters, the individual is an insignificant, replaceable foot soldier—we can easily see the value of the ancient Greek and Roman idea that it would be better for an individual to die to be killed—than to do something dishonorable or unpatriotic. We can see how this philosophy helps and has helped us embrace our fate. We can also glimpse why certain classical texts have become classics. Societies equipped with such a perspective and individuals transported by it provide more of the soldiers and soldierly dedication that have long been required for the accumulation of military and economic power. And it is the dominant who dictate which books are published, preserved, assigned reading.

On the other hand, take the person who rebels against being subject to noises produced by others. Here is someone who would like to have greater control over her own, individual life, and such a desire reflects how significant mortality seems to many of us. She who is able to give her life over to her community or who imagines she will live forever must care little if one night her sleep is disturbed by a neighbor’s revelry. She who is more focused on the fact that she will die regrets not so much the loss of sleep as the reminder of how limited her control really is.

Noise haters search for solutions—complaining to a landlord or the police, Proust’s cork-lined room. These solutions do not work because every time that, in spite of one’s efforts, a noise gets through, the sense of powerlessness is redoubled. And one becomes yet more aware of one’s lack of control when one focuses on a particular manifestation of it—be the problem noise, reckless drivers, dietary issues, a disease, crime, international conflicts, environmental devastation, the behavior of corporations or politicians. The person who does not care about noise lives a quieter life. 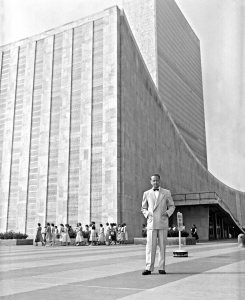 Life only demands from you the strength you possess,” reads a translation from Dag Hammarskjold. “Only one feat is possible—not to have run away.” A common fantasy: that running away is an option.

We seem to choose our particular obsessions, but the root cause remains the same. As a fairy tale king might try to build an impregnable fortress, many human beings seek to surround themselves with ever more objects, hoping against hope that death will not find them in the midst of all these things. And as the king—the great walls once constructed, the doors bolted shut—finds himself a prisoner of his own insecurity, so modern consumers may daily feel death’s finality in their lifeless things. Or does the more superficial thought occasionally come to them—how much of their life is being consumed in getting and spending, arranging and cleaning?

Per Socrates on the day of his execution, many philosophers cling to the hope that philosophy can liberate the soul from the body. And there are those, including some of the most famous, who have given their lives to constructing and defending intricate theories, or to reducing their thoughts to recondite terminology—as if the Grim Reaper would have trouble finding them in a labyrinth of words. 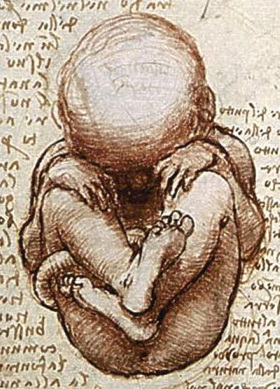 There is no solution. To me this is the most courageous, honorable and illuminating position to take.

Alternatively, there is the current interest in prolonging one’s life with the help of modern medical science and self-discipline. In the United States this attitude—and an appreciation of our lack of self-discipline—has been accompanied by a fantasy that human beings can live forever, and that, probably in the fairly new future, scientists will figure out how this can be done. (For which work they will be given the Nobel Prize.)

More traditional ways of confronting the human problem include believing in popular conceptions of God and pursuing money and social status. The key to these diversions is that, like an importunate but temporary physical disturbance—like a case of poison ivy—they pose problems—how to stay warm and get enough oxygen as one scales Mt. Everest, which new car to buy and how to pay for it, how to get into heaven, how to make the itch stop—problems that do not need to be solved but absorb the mind.

For better or worse, such techniques also create new problems. For example, throwing oneself into a given diversion—hoping against hope that it is The Solution—one may be nagged by the feeling that one is mistaken—there is a better way to live (or perhaps there is no solution). Under such circumstances it can be reassuring to find others who share one’s particular fantasy, and further diversion can be found in proselytizing or fighting to impose one’s fantasy on others. What a relief when one must devote all one’s time and energy to combating competing fantasies!

I am a great admirer of those who give their lives to fight for oppressed peoples, to try to protect the rest of the world from being overrun by human beings, to lessen the suffering of children, to speak truth to power. I like to imagine that such crusaders enjoy unusually fulfilling, pleasureful lives. This must be particularly true if they are able to work harmoniously with others who share and reinforce their views; if they do not feel enslaved to a sense of duty, self-righteousness or hunger for moral superiority; and if they can remain forever ignorant of the larger and largely incalculable forces that direct their efforts and determine their successes and failures.

To be in love is very nice. We live again as in the womb, seemingly permanently attached, warm, blind, timeless. Would we say then that most blessed are those who die suddenly, unexpectedly, in the first throes of love—or while still in the womb? (Or, in my case, before my son begins—or began!—to go his way in the world.) It is said that in ancient Greece there was a city where if one wanted to commit suicide one had to give one’s reasons to the ruling council, which would in turn provide hemlock poison if one’s request were approved. In addition to unhappiness, long and perfect happiness was accepted as a reason, as it was understood that people might prefer dying before their good luck ran out. 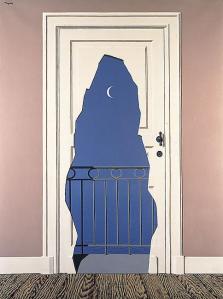 All of us restrict our thinking most all the time in order to function. Most fundamentally we try to keep ourselves separated from the idea of our mortality. But this is hardly easy, particularly as we remain on guard against attack and regularly seek nourishment. It would seem that in order to achieve the separation—to say nothing of repressing disturbing memories, socially unacceptable desires—an individual must close large chambers of his brain and keep other masses of cells working overtime watching the doors. The cerebral capacity that remains is more than sufficient to accomplish most human tasks—even to bribe and steal, lead huge armies, conduct sophisticated scientific experiments. Yet something has been lost; the individual’s range of thinking, imagination and feeling are constrained. Insight may be reserved for those moments when all the doors are open—or perhaps it is reserved to those individuals (Pascal? Adorno?) who can tolerate having a great number of doors open a great deal of the time. But none of this—neither the doors inside one’s mind or the grandest of insights—can lead to a way out.

There were times near the beginning of his third year when my son would become seemingly unreasonably upset when objects or people were not in the places he would have liked. Only two medications had the least effect: diversion or having one of his parents hold him in his or her arms and agree with him—la vie est dure. Life is hard.

But this is not to say that, as some would have it, a solution can be found in reverent appreciation of the problem and its insolubility. As parents—and readers of this essay—well know, keeping the source of one’s suffering in mind can cause it to loom so large as to blot out all else. Instead of there simply being no solution, all becomes insolubility.

We might also like to say that to believe that a clever solution can be found to even the most intractable, painful problem is to condemn oneself to a great deal of frustration. But this would be to ignore once again the predicament: In any case and in every case, life presents an insurmountable wall of frustration.

For the destitute—the vast majority of the world’s population now and since the human race began—the problem of course is less abstract and hardly more soluble.

This essay dates back ten years now and was originally published as one of my Sequences (of short essays). Indeed, originally this Montaigbakhtinian site was set up in order to make available on the Web the Sequences pieces. While the site now features, almost exclusively, new work, it has seemed useful to post “No Solution” because it establishes a basic position with which much of the later work is in dialogue.

The view of a foetus in the womb is a detail from a page of Leonardo da Vinci sketches.

The final image is a reproduction of René Magritte’s L’acte de foie, 1960.