This is my letter to the future 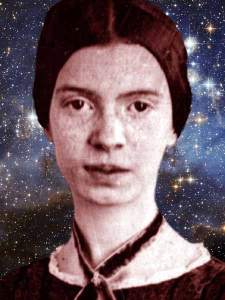 This is my letter to the future,
That cannot write to me,—
The simple news that Nature told,
With tender majesty.
Her message is committed
To hands I cannot see;
For love of her, sweet citizens,
Behave more tenderly!

Letters to the Future, a group formed to draw attention to the importance of the upcoming U.N. climate talks, is collecting letters from authors, artists, scientists and others, written to future generations of their own families, predicting the success or failure of the U.N. gathering, to be held in Paris this December. The letters may be read here.

The project was envisioned by Melinda Welsh, Founding Editor of the Sacramento News & Review and her spouse Dave Webb of David Marketing. It has been a collaborative effort between the Association of Alternative Newsmedia newspapers and the Media Consortium, an international network of Left-leaning journalism organizations. The project has been orchestrated by Deborah Redmond.

Now with more than 5,700 followers, anglophone, hispanohablante y francophone, spanning the globe, and more every day. (The author is pleased, too, to have made a Best Essays list of Notable Essayists.)