The Abyss (a translation) 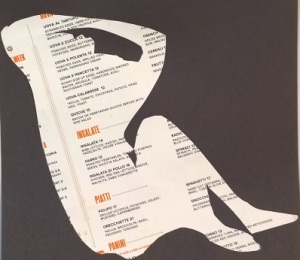 Pascal had his abyss always at his side. You might say it’s abyss all the way down—our actions, wishes, dreams, language. And on my skin, too—the hairs standing on end time and again when I feel fear on the wind.

Above and below, everywhere— in the depths, on the shore—the frightening, alluring space of silence . . . God with his wise finger draws on the floor of my nights a multifaceted, endless nightmare.

I am afraid of sleep the way people are afraid of big holes full of obscure horrors and leading who knows where. I see nothing but infinity everywhere I look, and my mind, haunted by a fear of heights, envies the senselessness of the void. Alas, eternally stuck inside numbers and beings!

I came across this poem while Googling a famous line from Pascal, « ce gouffre infini ne peut être rempli que par un objet infini et immuable» : this infinite abyss can only be filled by an infinite and immutable object (e.g. God). My searching for this line had been inspired first by a collection of philosophers’ writings about happiness and then by a multimedia show about physics and the creation of the universe. The abyss I had foremost in my conscious mind (if not elsewhere) was that separating our actual and potential ideas about the creation of the universe and the creation itself, though clearly Pascal was here writing about happiness.

In any case, I quickly came—via http://fleursdumal.org/poem/319—to Baudelaire’s poem with three translations into English appended. The poem made me laugh at times, and it struck me that its moments of light, self-mocking humor had been ignored in the English translations. Hence the approach on offer above.

There have been several systems for classifying Pascal’s pensées. By one system this extract is from pensée #181. The very good translation I found online (and modified but slightly) is by W. F. Trotter, from a Harvard Classics volume from the early twentieth century. There these words form a part of “thought” #425.

What does this desire and this inability of ours proclaim to us but that there was once in man a genuine happiness, of which nothing now survives but the mark and the empty outline; and this each of us vainly tries to fill from everything that lies around us, seeking from things that are not there the help that we do not get from those around us? These others are quite incapable of providing help because the infinite abyss can only be filled by an infinite and immutable object—that is, by God Himself. He alone is the true good, and since we have left Him it is a strange thing that there is nothing in nature capable of taking His place—not stars, sky, earth, elements, plants, cabbages, leeks, animals, insects, calves, serpents, fever, plague, war, famine, vices, adultery, incest.