News from the front lines 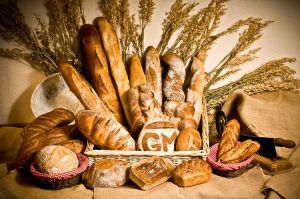 My son, now 12, has a problem. He loves to compete, he loves to play sports, he loves being part of teams, and his world offers plenty of opportunities to do these things. But these opportunities tend to involve signing up to be on school teams and “travel teams” with complex sets of schedules of games and practices, and all this run by adults who like giving orders and demanding quiet and prompt attendance and so forth. And Jonah’s desire, which seems quite natural for a 12-year-old, is to play. Or, as I have termed it, to “just play.”

One might write about how this is a result of having “helicopter parents”—often hovering, like Jonah’s mother and me. One might write more generally about how this lack of opportunities to just play, out of sight of adults, is a sad aspect of many American children’s lives today. I am also interested in how this lack of “just playing” is also a sad aspect of adult lives today. We may play tennis, which offers an ideal form of social interaction, but often we mix our playing with instruction. It is as if, in New York City at least, we do not feel comfortable saying directly, “I am looking for someone to play with.” It is easier if we bump into someones in the midst of some kind of lesson, chaperoned by a personable instructor—un GO or Gentil Organisateur (Nice Organizer), as Club Med titled the role. Similarly with exercise and dance classes and yoga (and not dissimilarly with drawing classes, singing groups, . . . ). We are brought together under the rubric of self-improvement and with an animator (to borrow another word from French) who mixes encouragement and instruction (and, at times, demands: try harder). I wonder if one might write similarly about the S&M scene. All the paraphernalia, the roles and jargon allow people lacking an ability to just play to instead play act—to act at playing.

Recently returned to New York after a month in Paris, I went to a discussion and tasting of French wines. We sat at desk-like tables, and nothing but wine and water was on offer (though I was eventually able to get hold of some bland bread). Some of the attendees were taking notes, either for professional purposes or just out of habit, to give themselves something to do in between sips. All of us were of course paying inordinate attention to the qualities of the liquids we were sampling. And it struck me that in this way we were completely lost to wine, to its traditional role in society and as part of a meal. Wines have long been crafted to heighten our experience of certain foods at certain times and also to promote certain convivial kinds of social interactions (and also as a way of storing agricultural produce out of season and for protection against bad years, bad harvests). Now, in contemporary New York and many other cities, wines are also used, and perhaps some are crafted to be used, in this seemingly odd form of social interaction in which strangers, not in the wine business, come together to taste and learn. Of course many people who go to wine-tastings are also, as I was, interested in the social interaction and may be hoping to “meet someone”—someone who shares their tastes. We might compare this behavior with that of people who go to bars to drink and meet other people. There is a sense in which the bar-goers are coming closer to just playing, and a sense in both cases that an activity that requires intoxicants cannot be “just playing.”

When I was in Paris I had dinner with an American friend who has, as she herself put it, “food issues.” She could no longer eat red meat, eggs, foods with gluten in them, dairy products, . . . In her youth she had always been a bit rondelette (pleasingly plump, not at all fat). Now she was bone thin with translucent skin, beautiful in a rare-bird sort of way, but there was also a sense in which she was slowly but surely starving herself. I recalled that one of her grandmothers, in old age, no longer wishing to live, stopped eating.

As we enjoyed a delicious dinner of foods that my friend could eat and that she had carefully prepared, she told about when she had started having these food issues. A divorced mother with one child, there had been a moment when she took her son to college, driving across the United States with him. After she had left him in his dorm room and was driving back the other way she suddenly became violently ill. We could say that at this moment a new life began, a life in which many things formerly taken for granted were no longer possible. And this precisely at the moment when it might have seemed that, with the bulk of the tasks of parenting completed, many new things had suddenly become possible, and when activities renounced while her son was at home could now be resumed.

I have been impressed, more generally, by how the current extraordinary appearance of food issues, or allergies, means that people are now rejecting the staples on which humankind, or hominids, have depended for thousands if not millions of years: bread, milk, nuts, meat. One can also be impressed by an immigrant to France who does not eat bread or cheese. Is this like me in New York, not liking either hamburgers or pizza? It is curious, too, that in New York I rarely drink wine with my meals on the grounds that it will interfere with my concentration or with the sleep I need so that I can concentrate. In France I rarely have lunch or dinner without a glass, which is much appreciated and does not seem to have much effect on my powers of concentration or sleep.)

Once again my son, Jonah, now off at summer camp . . . How much have I learned from him, and how blessed I have been to be able to enjoy his company these many years (painful and lonely as they have at times been). Recently Jonah has become re-interested in Yu-Gi-Oh! cards. He had a collection of these “monster,” “spell” and “trap” cards years ago and gave them all away as little kids’ stuff. But then a friend of his got him interested in playing the game, in fighting mock battles using these cards—a game in which millions of kids and adults are involved, to include at public gatherings and online. Now Jonah is again collecting the cards and always has a thick pack in his pocket and can spend hours of a day playing online or games against himself, and studying his cards (with their specific powers detailed in type too small for me, 58, to read).

It has occurred to me that this is a “latency period” activity par excellence. Sexuality, fleshy human interactions have been replaced by numbers (for the powers) and elaborate drawings and magical capacities and precise, inflexible rules. Particularly interesting is the fact that Jonah did not come to this latency activity until after having sprouted some signs of sexual maturity and becoming a little interested in girls, and they in him. It was not until he needed a refuge from sexuality that he found one.

And thus we may come back to my friend with “food issues.” It was not until she was on her own, her son having gone off, that she needed restriction, protection—and to include when she moved to Paris and needed special protection from the sensual pleasures of French food and Latin culture. After splitting up with her son, many things formerly taken for granted were no longer possible precisely because many things, just playing most certainly included, had become possible.

It will be interesting to see how I react when my son goes to college. I joke that I am simply going to follow him, as the future General Douglas MacArthur’s mother followed her son to West Point, renting an apartment across the road so that, with the aid of a telescope, she could keep an eye on him. As it stands now, my plan seems rather to spend more time in Paris, eating bread and cheese, drinking wine, . . .

Meanwhile, before concluding the present piece, I will note that some readers may protest that my analysis of my friend is not only excessively judgmental; the judgments are wrong. The fact is, the protestors may say, this woman either long was or recently became allergic to gluten, for example, and it was only when her parenting work was largely done that she had the time and space to pay more attention to her own health. In my opinion, however, this analysis ends up at more or less the same point as my own analyses. Enjoying the company of her son and fully engaged and protected by this companionship—both from the desires of others and from some of her own, strongest desires—she ate omnivorously. Once on her own, more vulnerable, she began to have trouble eating, with foods, with living—be this as a result of recognizing her allergies, hers and others’ desires, or some combination of all three.

Indeed living, and under-protected from external forces and from our feelings, thoughts and drives—this presents problems for many of us. Our children might do well to urge us to just play, to try, perhaps along with them, to rediscover just playing.

Often these days I find myself thinking of the pillow forts that my first girlfriend and I built and got inside of and . . . just played. Life feels different when—instead of exposed, on your own—you are or can feel like a lucky child, with a rug and soft walls and a warm companion who may, like you, be a little awkward or silly, and who enjoys many of the same games as you.