The Professor of Ignorance Condemns the Airplane 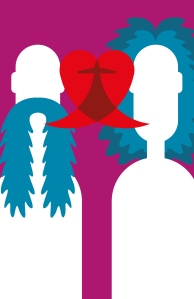 On 25 October 2014 Dixon Place presented a staged reading of this dialogue.

CYNTHIA: You know, thanks to the Internet — information technology — since I started working at the magazine, almost half of my colleagues have been laid off. And as far as I can tell most people have stopped reading anything but twits and chats. I’m sitting here involved in some kind of intellectual conversation for the first time in God knows how many years, and I’m thinking — better check my phone, better call my mother, get back to the office.

THE PROFESSOR: I’m sorry to hear that. You remind me of a woman I was talking with the other day. She must have been about 40 years old. Her son was in a group tennis lesson with my nephew. Two years ago her husband worked in the city, a short commute from their home. Then, after a long, tense job search, he found a job in the suburbs, not quite an hour away. Then this company bought another company, and now he’s working in another state. Husband and wife are ships passing in the night. She works on Saturdays. From sometime Saturday evening until early Monday morning — this is the only time they actually see — or feel — one another. Isolation. While they’re sleeping — and only while they’re sleeping — they feel the warmth of the other — of another body lying next to them — in a king-sized bed.

This is the way Americans, middle-class Americans are living these days. And I have some idea that what really matters is that people somewhere are experimenting on animals, using needles to extract ancient air from ancient ice. Water bears — these people are water bears, in their own, our own, outer space.

The woman, the wife — sitting on a bench in an over-air-conditioned, artificial-grass-carpeted waiting area, in one of those tennis bubbles, with the air somehow pumped in or pumped out, fluorescent light . . . With her husband lost to the task of earning money, paying the mortgage, the private-school tuition. You know, talking with her, I had such a strong sense of my own isolation. That this conversation seemed like such a relief to me, such a break in the meaningless action. And as if the boys’ tennis — hitting balls back and forth with one another — it all had a kind of beauty, a kind of fluorescent beauty.

CYNTHIA: Is this what you — not Marx — have in mind with your confronting with sober senses — or not-so-sober senses — the real conditions of life?

PROFESSOR: It could well be. I’m like one of those blind fish in pools in caves, swimming in the dark. This morning what I bumped into was an article about “techno-utopians.” That’s my phrase, not the Times’s. One of these people, one of these techno-utopians — a former child prodigy, at 17 he built a computer that composed music, now he takes 150 pills a day and has plans for living until he’s 700. Presumably this will be with the help of artificial or “regenerated” organs, with some sort of download of his brain onto a computer chip.

He has filled a storage space with all his deceased father’s effects — old photographs, letters, bills, newspaper clippings. He believes that by digitizing this material, combining it with his own memories of his father and with his father’s DNA, . . .

Fillet of a fenny snake,
In the cauldron boil and bake

CYNTHIA — proud to have the text memorized (since college) and getting into the ghoulishness — and now reciting the lines from Macbeth in tandem with the Professor: Eye of newt and toe of frog

PROFESSOR: Wool of bat and tongue of dog

CYNTHIA: For a charm of powerful trouble

CYNTHIA, joking: Yes tragic, I believe. Macbeth — from the White House to the outhouse, you might say.

PROFESSOR, pleading — to both Cynthia and the audience: Don’t you see, Cynthia — don’t you all see? This former prodigy — this techno-utopian — is thinking that — if he and his buddies just work hard enough, smart enough — he might be able to resurrect his father. Who he must miss terribly. Terribly. A non-techno-utopian might call such scientific wizardry a compulsive reaction to grief, and to mortality and to the consequent need for love — for lots of love!

And in the same article I came across, once again, what seems to be a key article of faith — and not just for techno-utopians. Perhaps we — human beings — will not be able in time to develop the technologies we need to save us from ourselves, but, as this other “utopian” put it — as I recall he was one of the founders of the Pay Pal business — “there is no good future in which it doesn’t happen.” That is, there is no good future for our race if we do not in time develop the technologies, more technologies, technologies to escape to other planets or to allow us to lead some sort of artificial lives.

CYNTHIA calls his attention to the time on her cellphone.

PROFESSOR: I know I’ve gone on too long and we’ve got to stop. It’s time for the next show. But this is what I want to say: Perhaps it’s finding our fathers, finding love, that we’re after.

Credit: Illustration is by Richard Delgado.